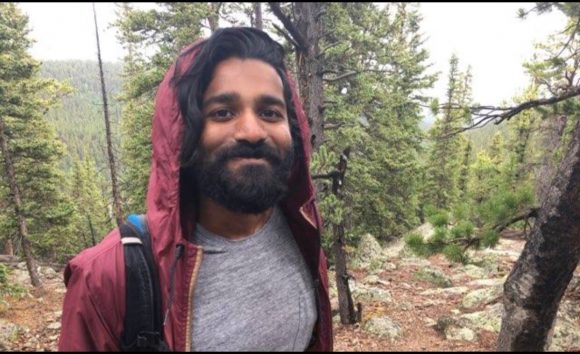 Sharad Ravichandran, who said he is Denver’s only professional Indian comedian, brings light to a newfound cultural awareness in comedy. The 28-year-old’s jokes range from takes on Boulder residents who say “namaste” to what it was like growing up as a “white Indian guy,” he said.

Comedy is a growing phenomenon in Colorado, with hot spots diverting away from the Denver hub and popping up in places like Fort Collins and now Boulder. Ravichandran, who goes by the stage name BK Sharad, moved to Broomfield when he was 25 after living in Dallas, Texas. BK Sharad said his friends and family always thought he was exceptionally funny; however, he never thought of stand-up comedy as a career until a few years ago after he got out of a relationship.

“I got really depressed one summer after a breakup and I was like, well, I can’t feel any worse. So I might as well try,”  BK Sharad said.

Since he started writing jokes when he was as young as six years old, BK Sharad said that none of his friends were surprised to hear he was pursuing comedy. He said his stand-up has grown so much over the years that he performs at least four shows a week and attends comedy festivals all over the country. He is also the current president of the CU Comedy Club at the University of Colorado Boulder.

The2 4-year-old Denver resident and comedian Eeland Stribling met BK Sharad earlier this past summer at a comedy show.

“In the time that he’s been doing comedy, he’s been to so many festivals and he’s made such an impact on people in the comedy community here in Denver,” Stribling said.

BK Sharad was raised by traditional Indian parents who he said sometimes pushed him to live a traditional Indian life. He expects to graduate from CU Boulder in the spring despite the fact that he said he feels like he is working towards a degree that only his parents want him to get, not one that would make him happy.

Many comedians tend to write their jokes from personal struggles or current political and social issues, BK Sharad said. However, his sets tend to have a more positive tone. He explained that he just wants everyone to laugh and have a good time and that he never tries to offend anyone.

“I’m very conscious about hurting people’s feelings. I don’t want to hurt anybody’s feelings,” BK Sharad said. “When I do my jokes, I just want people to have a good time.”

“He was at the first open mic I was watching and I didn’t know anybody, but he stood out to me because he had a clever take on his personal life,” Swager said. “He’s very warm and easily gets people on his side.”

BK Sharad is set on his future as a comedian and said he plans to move to Los Angeles in the next two years and hopefully land a role on television.

“Comedy has given me everything. It’s given me a purpose,” BK Sharad said.

You can contact BK here. More info on CU Comedy can be found here.