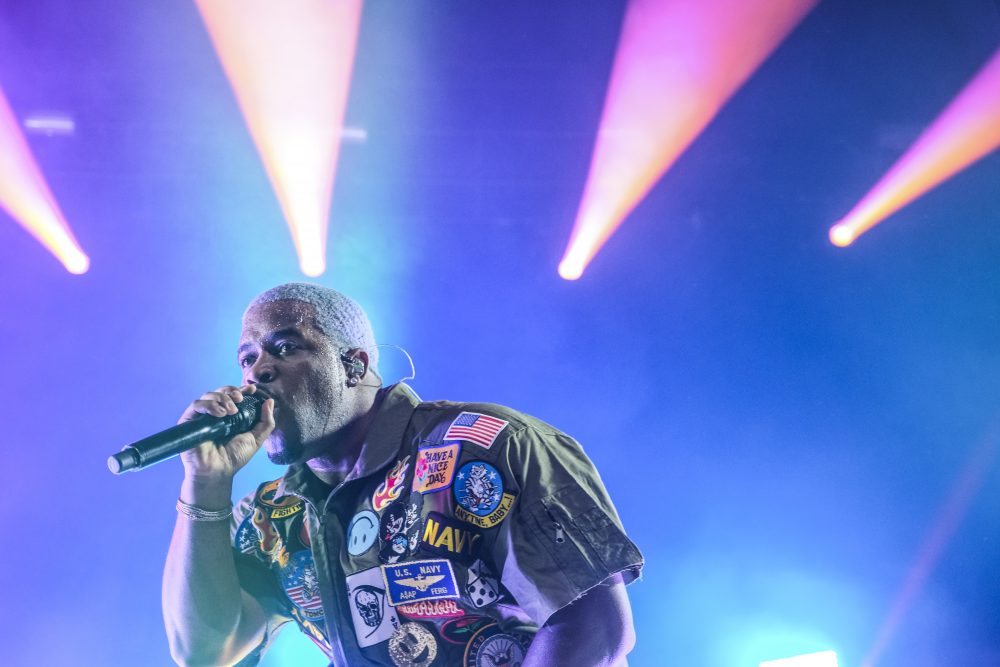 On Monday night, thousands packed into the vast, airplane hangar-like Mission Ballroom in Denver’s RiNo district. Concert-goers were treated to a night of hip-hop madness, highlighted by the electric performances of Ski Mask The Slump God and ASAP Ferg.

Murda Beatz, the producer behind hits such as Travis Scott’s “Butterfly Effect” and Drake’s “Nice For What” kicked off the night. Though his set incorporated no live vocals, fans sang along to his seamless mixing of pulsating songs, giving the feel of one big party. Pouya, an underground rapper from the South Florida scene, showcased his bass-heavy discography as the last opener, highlighted by an impressive rendition of the aggressive “$outh $ide $uicide,” in which he screamed the last verse.

The floor was electric even before Ski Mask entered the stage. Fans roared as the lights dimmed, leaving red text that flashed Ski’s name onscreen while a reel of ’80s slasher films played. Then came Ski, sporting a Jason Voorhees mask, who jumped into fan-favorite “Babywipe.” 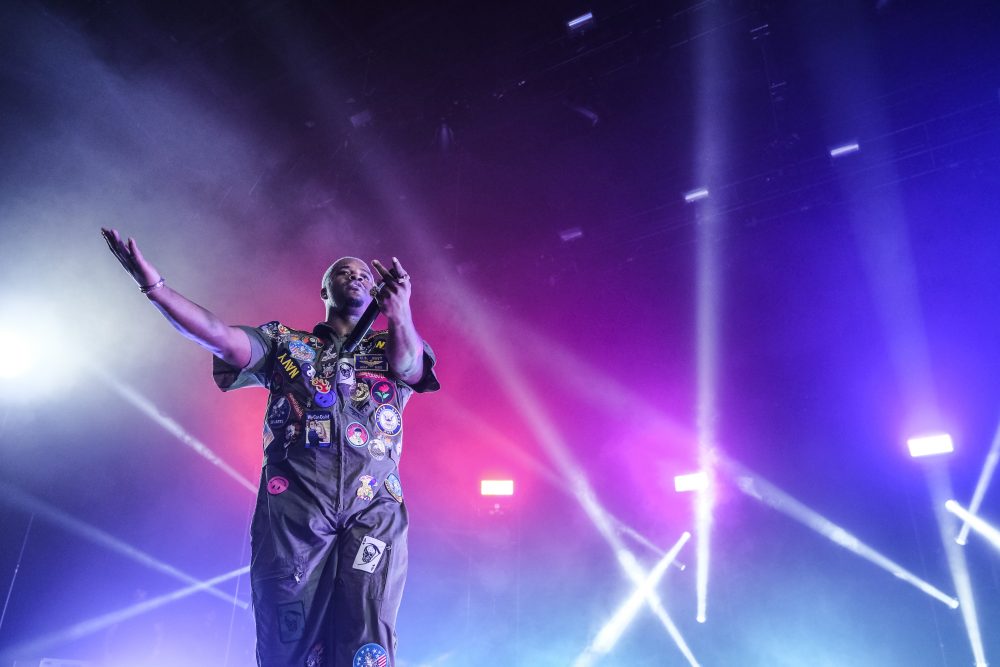 Ski was completely unfiltered during his set. He often verged on yelling his aggressively fast-paced lyrics, all without autotune. With nonsensically comical lines such as “Cause I’m flyer than a fuckin’ ostrich,” it was hard to not have a blast.

The spacious floor perfectly lent itself to Ski’s request for his wild fanbase to open up a mosh pit. At one point, he even crowd surfed across the sea of flashing phone lights, and his DJ jokingly instructed fans to “not touch his jewelry or durag.”

During “H2O,” he instructed fans to toss up bottles and “soak every inch of this motherfucking venue.” It fittingly featured the lines “wet, wet, wet,” which fans screamed as they doused one another.

Ski Mask used the last few moments of his set to pay respect to fellow South Florida rapper XXTtentacion, a late friend and close collaborator. Singing along to XXXTentacion’s “SAD!,” fans crossed their arms into an X in tribute. Then, rekindling his fiery stage presence, channeling the energy his late friend often performed with, Ski Mask concluded his set with a blown-out bass rendition of “Take A Step Back.”

Many made a beeline for the front of the stage to secure a spot at the heart of the action for ASAP Ferg. The veteran member of the ASAP Mob rap collective began his set with “Work,” prompting fans to rap along. Amidst dazzling rainbow lights and heavy stage fog, the artist with a distinct flair for showmanship clearly soaked up every minute of his spotlight. But as he promised the anarchic crowd, “We haven’t even gotten into the classics!” 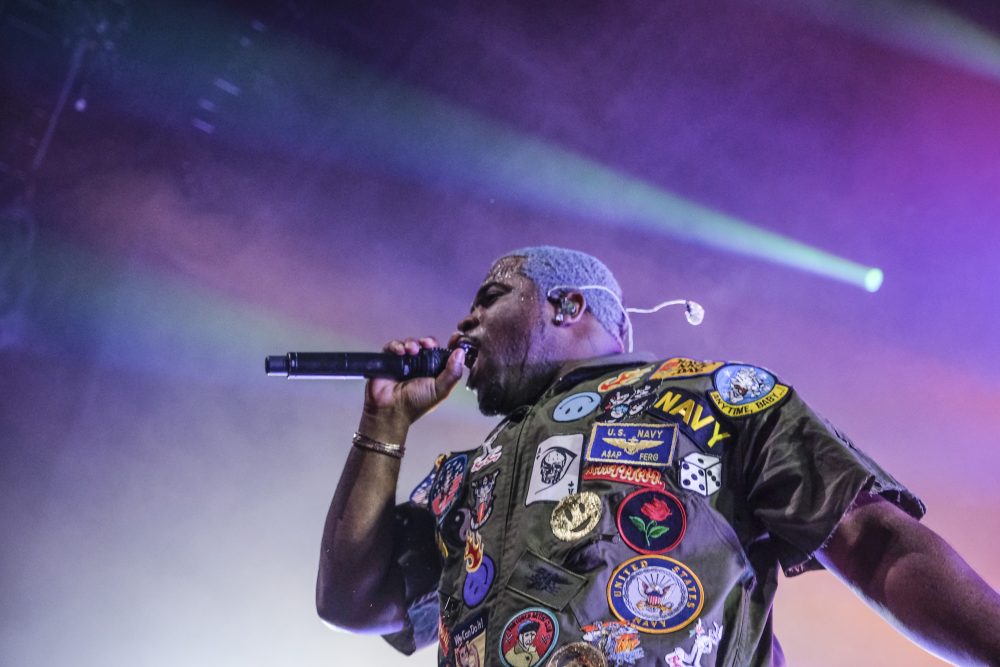 ASAP Ferg brought the lyrical ferocity of New York rap and his Harlem upbringing in “East Coast,” in which he belted out “we gon’ get turnt ’til the sun is up” to the swelling mosh pits. After this, he slowed things down for the mid-tempo “Ride,” but the set’s energy never waned. He beamed at the loyalty of his fans, at one point remarking “I see a lot of familiar faces up front.”

He ended his set with the hit most were anticipating, “Plain Jane.” Ferg’s grand finale on this song was all the more fitting, given that the RIAA certified it four times platinum that morning. Despite almost three full hours of high-energy music, fans were willing to erupt once more and celebrate a night of hip-hop to be remembered.