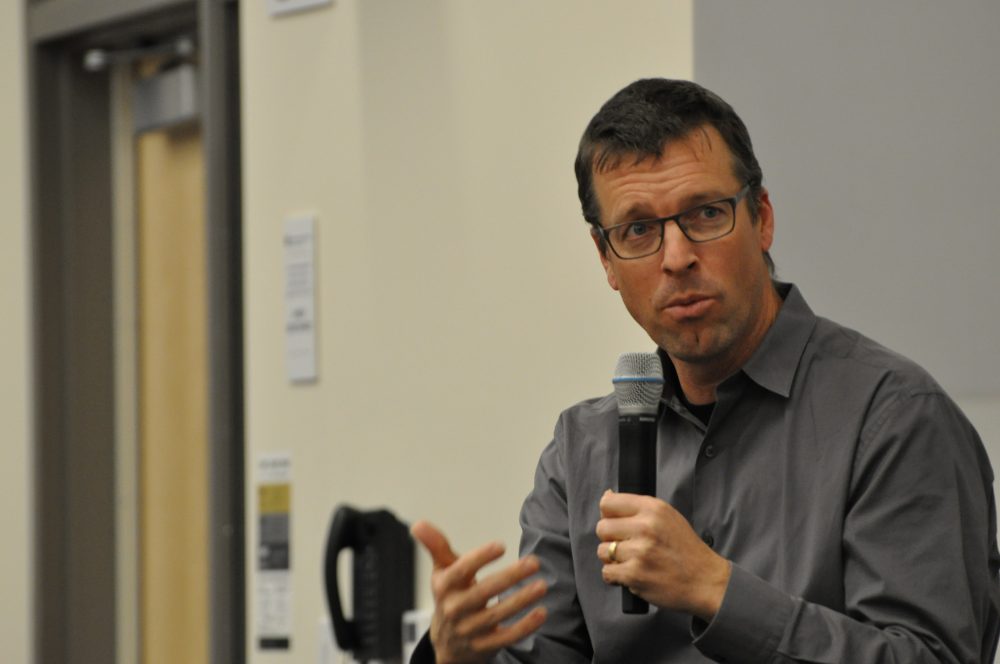 Even in space, systems are not immune to cyber-attacks and security breaches, and the implications of system vulnerabilities have the potential to greatly affect life on Earth.

Wednesday night, a panel of four experts with different backgrounds in the realm of aerospace and cybersecurity gathered in the University of Colorado Boulder’s Aerospace Engineering Sciences Building to discuss “Cybersecurity for Space” as a part of the weekly Technology, Cybersecurity and Policy (TCP) seminar series.

The TCP seminar series presents seminars for the general public every Wednesday from 4 to 5 p.m. “Cybersecurity for Space” was a joint seminar with CU’s Ann and H.J. Smead Aerospace Engineering Sciences department.

The panel moderator, Wayne Wheeler of the Aerospace Corporation, began by establishing the importance of space systems in modern-day life on Earth, using the idea of “a day without space.”

“If you pulled space out of the equation, you would definitely notice … a lot of things would not work,” Wheeler said. “Space is a backbone for everything that we do, from GPS on our phones … to direct TV for many users all over the world.”

Each panelist touched on different aspects of cybersecurity in space, from the orbiting space systems themselves all the way to the ground operations.

“Space is a backbone for everything that we do, from GPS on our phones … to direct TV for many users all over the world.”

“Space is the anchor, but those space crafts are commanded and controlled from the ground and perhaps cybersecurity is about the command center,” said aerospace professor Eric Frew. “Even though space is the physical location central to this discussion, cybersecurity of those assets is a much bigger picture.”

Ethan Puchaty, chief cyber architect for Lockheed Martin, expanded on this by talking about what he calls “the many attack surfaces” from ground control to the spacecraft and its components, as well as the software, code and the development environment.  These are all things Puchaty suggested must be considered, as they all pose challenges to cybersecurity.

“There’s a lot of attack surface when you start to boil this down into an engineering problem and think about … all the things that spacecraft touches, whether that’s before or after operations,” he said.

During a Q&A segment, Lewis Groswald, program director of Aerospace Engineering Sciences, raised a question about policy and security. He asked if there should there be more compulsion to build cybersecurity standards into policy, or if  “voluntary rules” are more effective?

Wheeler concluded his remarks with a clarification.

“We’re not saying the sky is falling, we’re saying it’s serious and we need to look at these things,” Wheeler said.

“Cybersecurity in space does play a vital role,” Sayles said. “It’s not talked about very often, but it should be something that people as designers and coders should take into consideration.”

As of now, there is no perfect solution to ensuring the cybersecurity of space, but as the panelists noted, there are many factors to consider that can both hinder as well as further cybersecurity in the face of adversity.