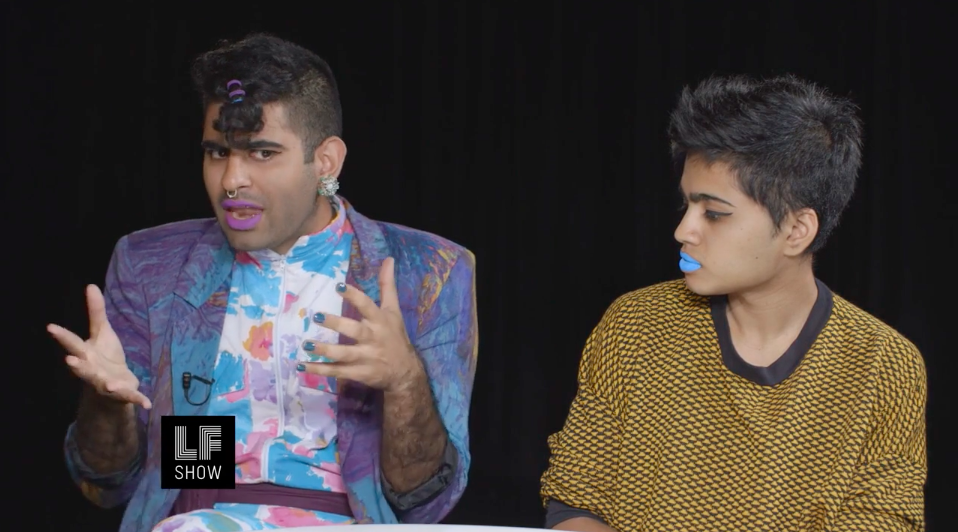 For Alok Vaid-Menon, the LGBTQ rights activist, poet and performance artist, their work is not just art, “[it] is survival.”

Vaid-Menon addressed race, gender and feminism during a poetry and comedy performance Friday night hosted by the Cultural Events Board and F-Word. Using satire throughout their performance, Vaid-Menon talked about how prevalent white culture is in society, especially within the context of issues such as race and gender identity.

“Gender is a recent historical phenomenon that was produced by white people as a way to maintain southern colonial power,” Vaid-Menon said.

Vaid-Menon described the present day as “the most dangerous time ever to exist as a trans and gender non-conforming person in this country.”

Hate crimes against transgender people are on the rise. On April 1, a transgender woman was fatally shot in South Carolina, making her the eighth known transgender person killed this year. The true number may be higher because cadavers are identified base off of genitalia. Transgender people that are at a greater risk of violence are typically visibly gender non-conforming, according to Vaid-Menon.

“What I’m fighting for is the ability to look like whatever I want and not be afraid of violence,” Vaid-Menon said.

Vaid-Menon asked the audience to consider how feminism would change if desirability and being different didn’t matter. They wondered what it would look like if people realized that “femininity is not for other people, it’s for ourselves.”

“[Vaid-Menon] is an inspiration to me as a brown, gender non-conforming person,” said CU student Briannah Hill, who introduced Vaid-Menon at the beginning of the night. “I really appreciate what they do, and what they do for my community.”

Hill hoped that people would leave the performance, take action as allies and “start putting [their] bodies on the line because we’ve been doing it since day one.”

Vaid-Menon emphasized that more than being a performer, they want to make change for their community.