The Buffs had revenge on the brain as they took to the court Thursday night. Colorado defeated the Washington Huskies 81-66 in Boulder.

Colorado suffered a heartbreaking loss to the Huskies earlier this season as they watched a massive halftime lead crumble in the last seconds of overtime, giving Washington the 85-83 win at home.

Noticeably absent from the Buffs’ lineup were senior forwards Wesley Gordon and Xavier Johnson. The two remained benched for an undisclosed team violation but will return on Sunday. Also missing from the court was Huskies star Markelle Fultz, who put up a season-high 37 points against the Buffs earlier this season.

Colorado improved to 14-11 on the season. The Buffs also improve to 4-8 in Pac-12 play with six games remaining in the season. CU has now won four of their past five games.

“Top to bottom we were great, so we just got to keep with that mentality that the strength of this team is the team,” senior guard Derrick White said.

The road loss was fresh in the Buffs’ minds as Colorado began a very physical back and forth with the Huskies. Washington struggled against the Buffs’ defensive pressure, giving up multiple turnovers within the first few minutes of play. Junior guard George King got off to a quick start for Colorado, scoring the Buffs’ first deep ball of the night. This extended the Buffs’ early lead to 14-7 with 15:17 remaining.

Washington bounced back quickly with 13 minutes remaining, the Huskies had cut the lead from seven to two points.

Both teams struggled under the basket, and Colorado had a hard time being productive against the height of the Washington forwards.

With 10:57 remaining in the half, the Buffs received a major boost after a massive dunk from freshman guard Bryce Peters. Colorado jumped to a 24-18 lead.

Freshman guard Bryce Peters throws down a massive dunk during the first half of play at the Coors Events Center. Feb. 9, 2017 (Nigel Amstock/CU Independent)

Foul trouble for the Huskies became their biggest problem as CU players were repeatedly sent to the line. Unlike in past games, Colorado capitalized on nearly every opportunity from the foul line, helping to extend their lead 30-20 with 7:25 left in the half.

Colorado’s offense endured a three and a half minute scoring drought late in the first twenty of minutes of play. Luckily for the Buffs, Washington was unable to capitalize on the Buffs’ offensive blunders.

Turnovers plagued the Huskies, and Colorado, in turn, continued to increase their lead. Colorado headed to the locker room leading their opponents 42-31

King lead the Buffs in scoring with 13 points, followed closely by White, who managed 11. The Buffs went 8-for-9 at the line after 12 Washington team fouls.

Colorado’s shooting was noticeably stronger than the Huskies. Colorado finished the half shooting 51.6 percent from the field. Washington shot a struggling 44.8 percent.

The Buffs continued their stronghold on offense, maintaining the lead throughout the second half and not falling victim as they did in Washington last month.

A slower pace than the first half, Colorado controlled the ball well, despite multiple threes from Washington’s guards.

With the absence of Gordon and Johnson, Colorado players saw significant action off the bench. Freshman Lucas Siewart, who started for the night, had a solid performance. This included an impressive score from deep that lifted the Buffs 65-52 with 8:33 remaining in the game.

Peters continued to go off, throwing down another dunk, his third of the night. With 4:02 remaining, Colorado had jumped to a 75-61 lead.  A late run from Washington did not occur and CU was able to call the “W” theirs.

Colorado finished with six players scoring in double digits. King led all players in points with 21, while recording a double-double with 12 rebounds. White finished his night with 16 and Siewart came away with 12.

Head coach Tad Boyle was proud of his team’s win and of the success of some of the younger members.

“These freshman, they’re coming, and I think that’s good,” Boyle said. “As we go down the stretch run here, we got depth, we got quality depth, and now, those guys know that when they’re in a game at the Pac-12 level they can produce, and they did tonight.”

CU takes on the Washington State Cougars on Sunday at 6:30 p.m. (MST) in Boulder. 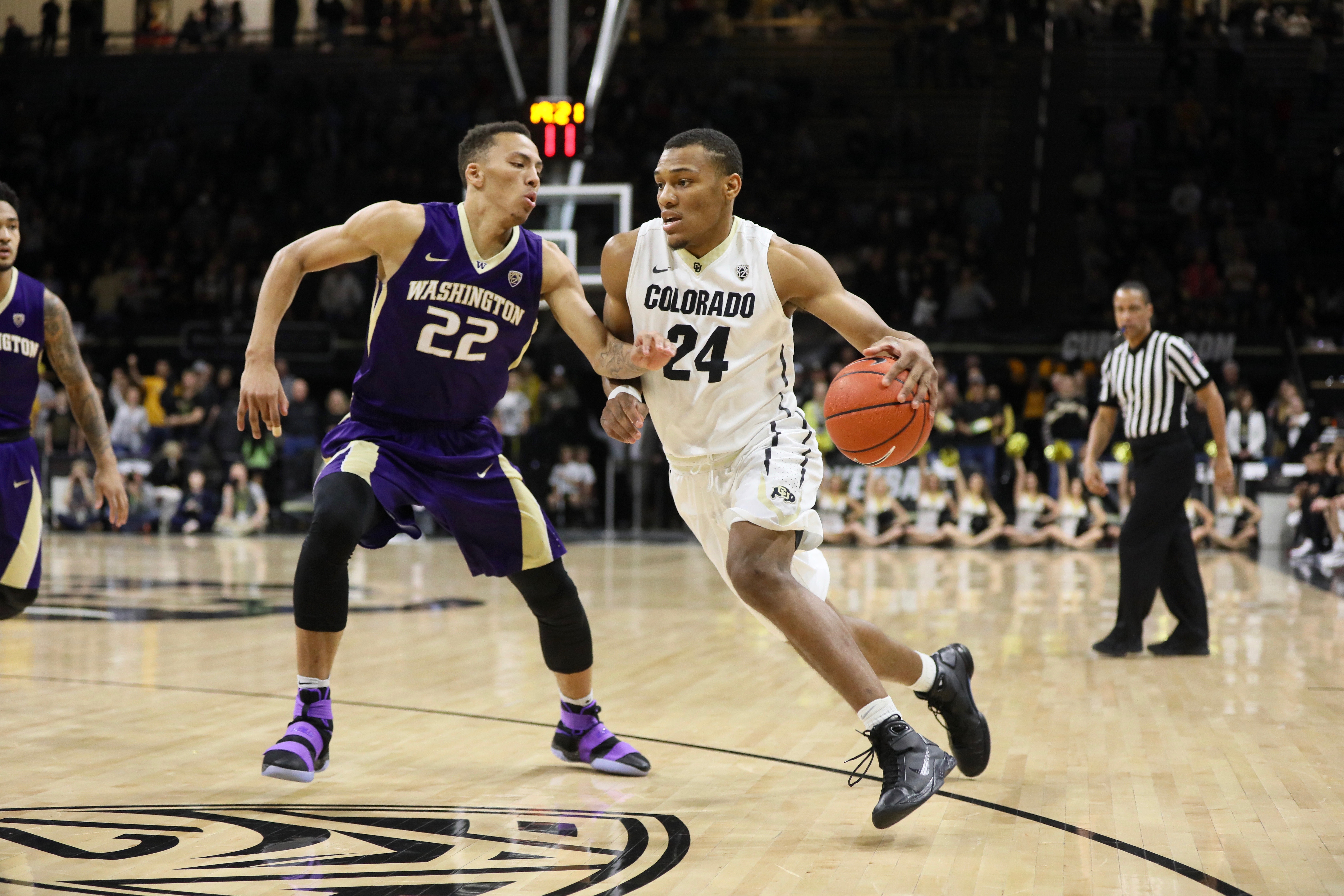 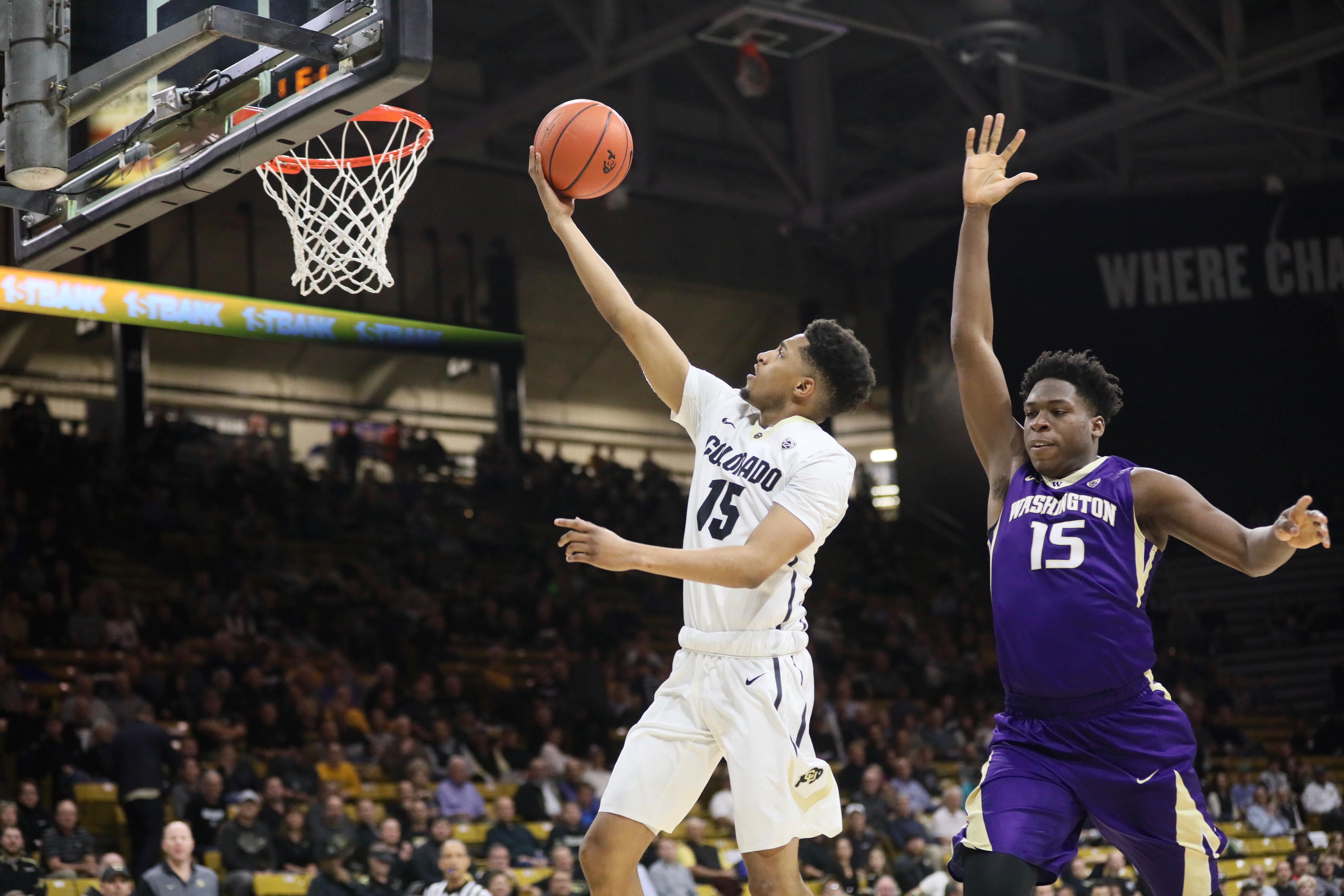 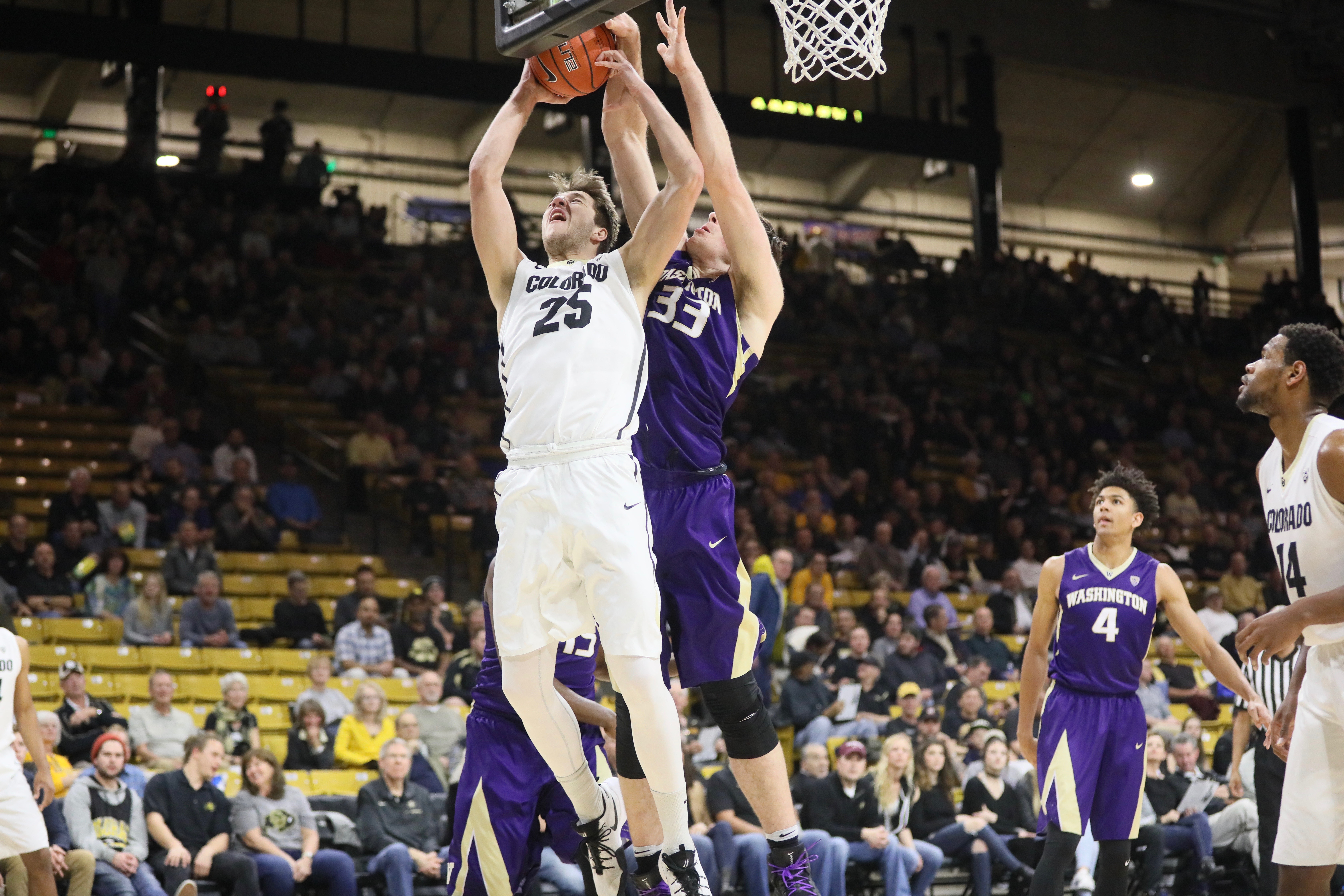 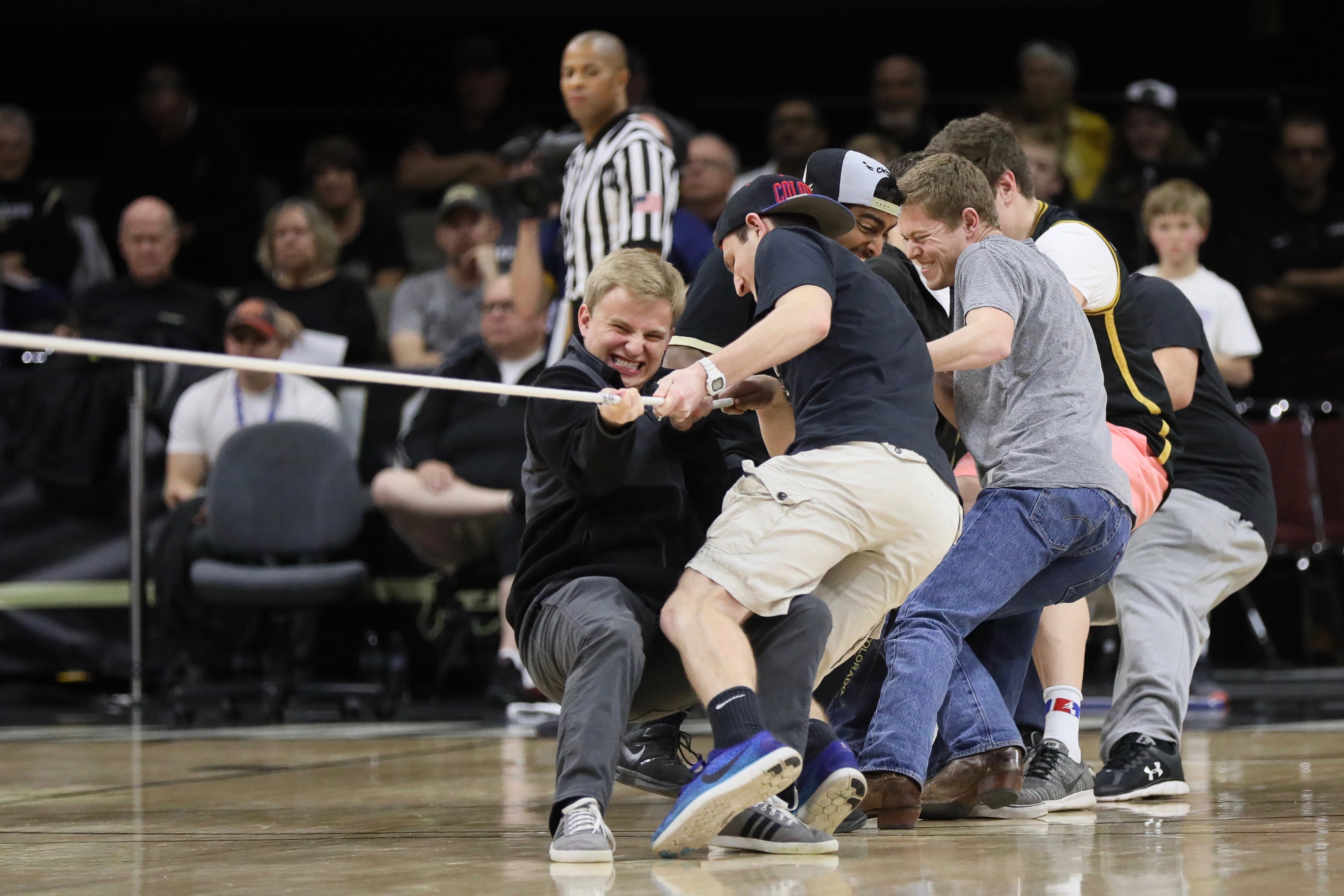 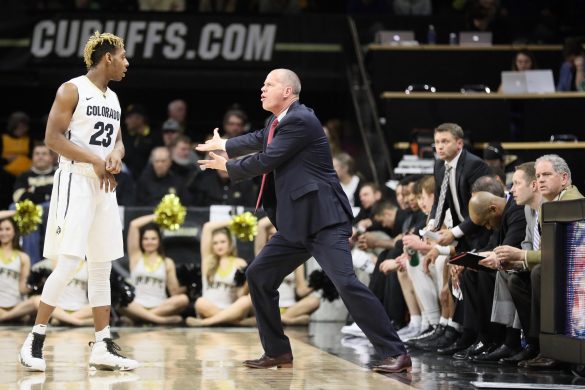 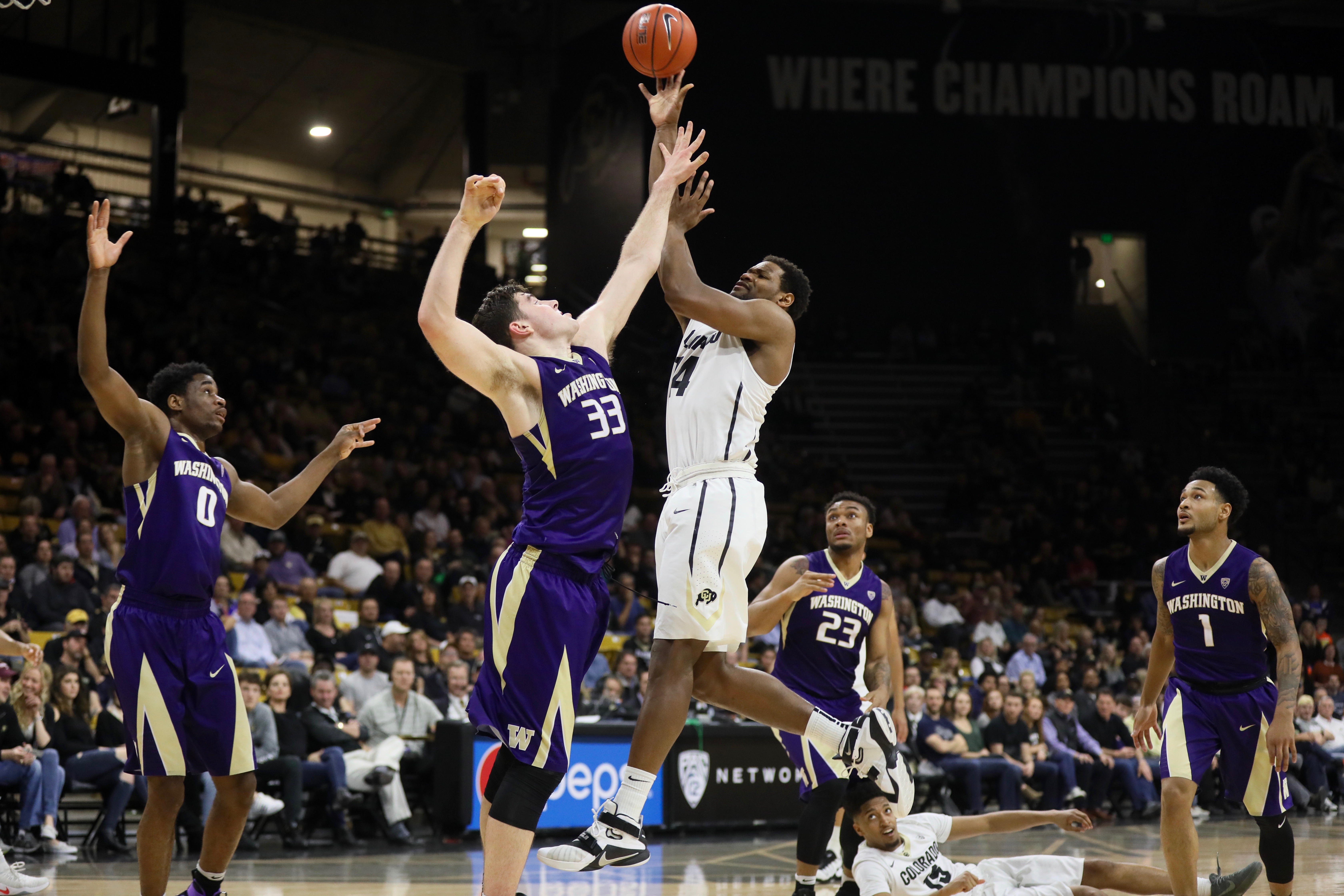 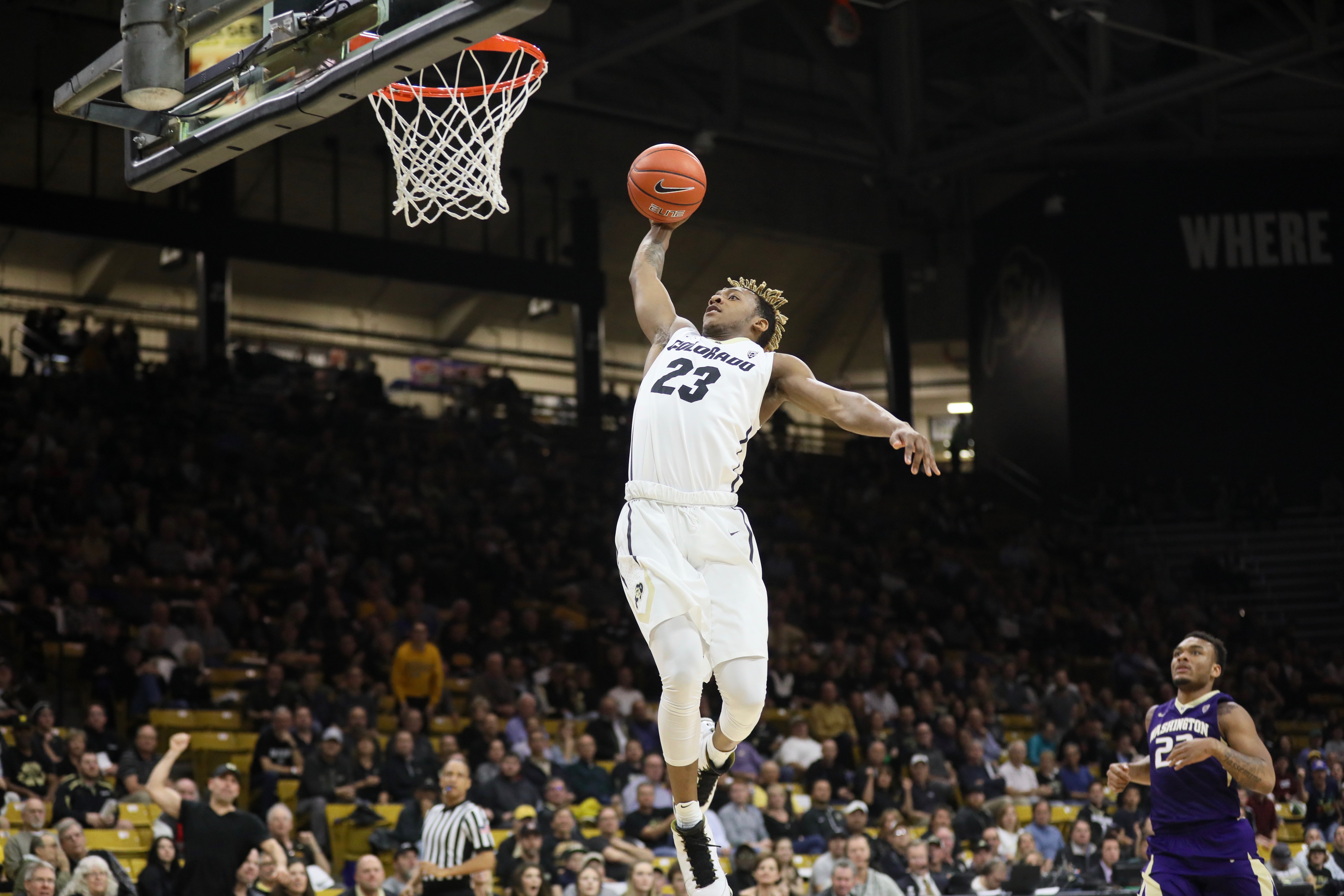 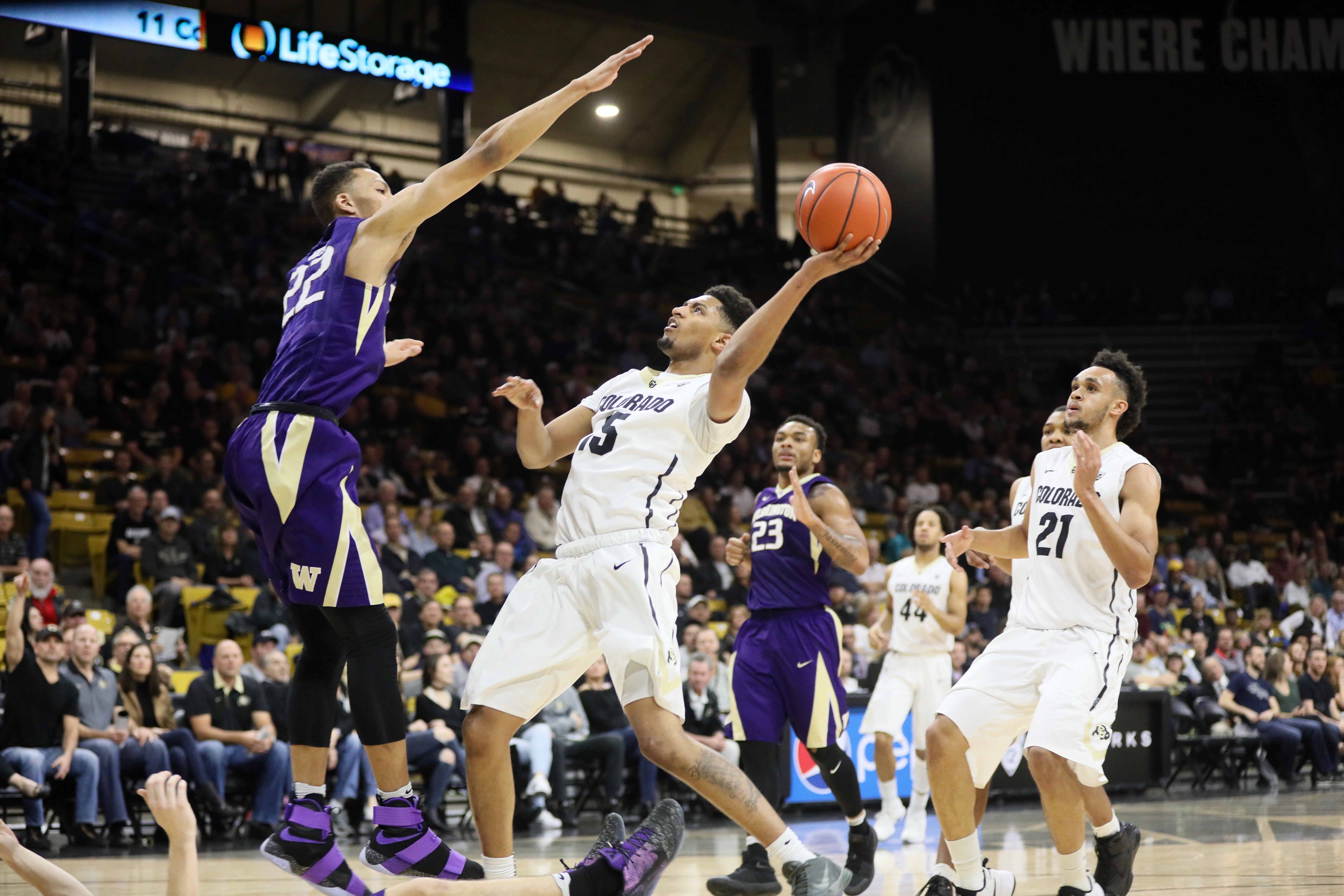 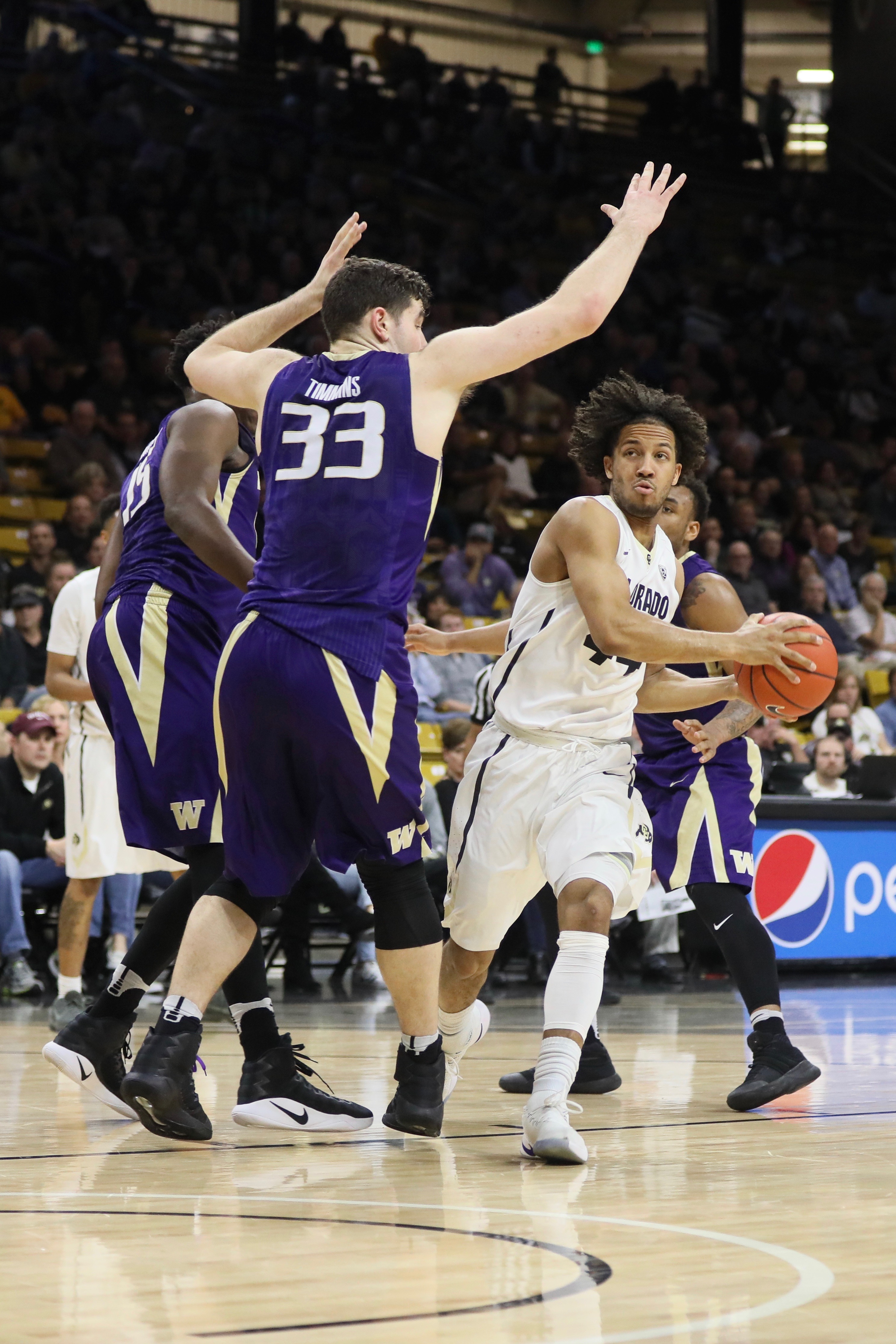 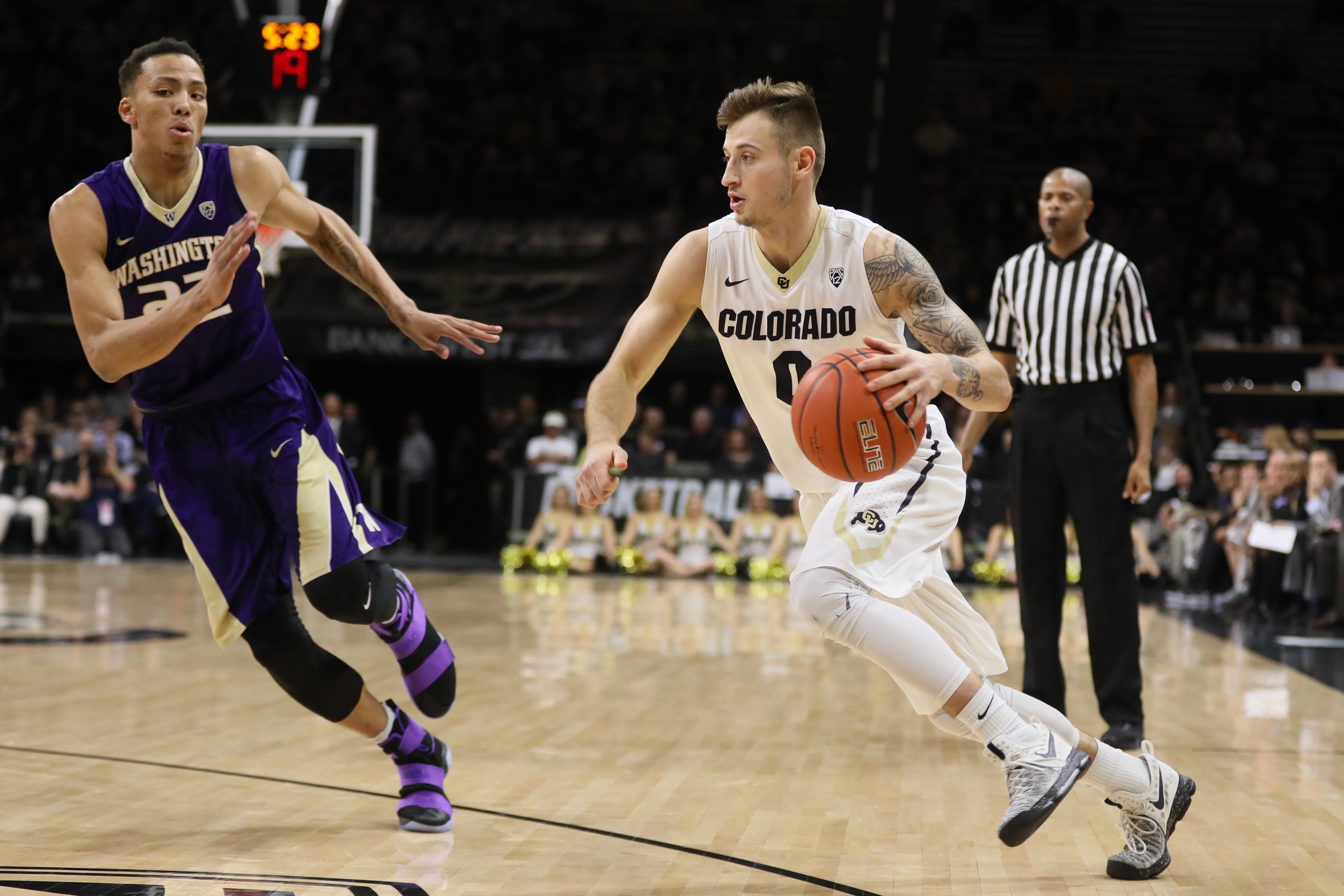 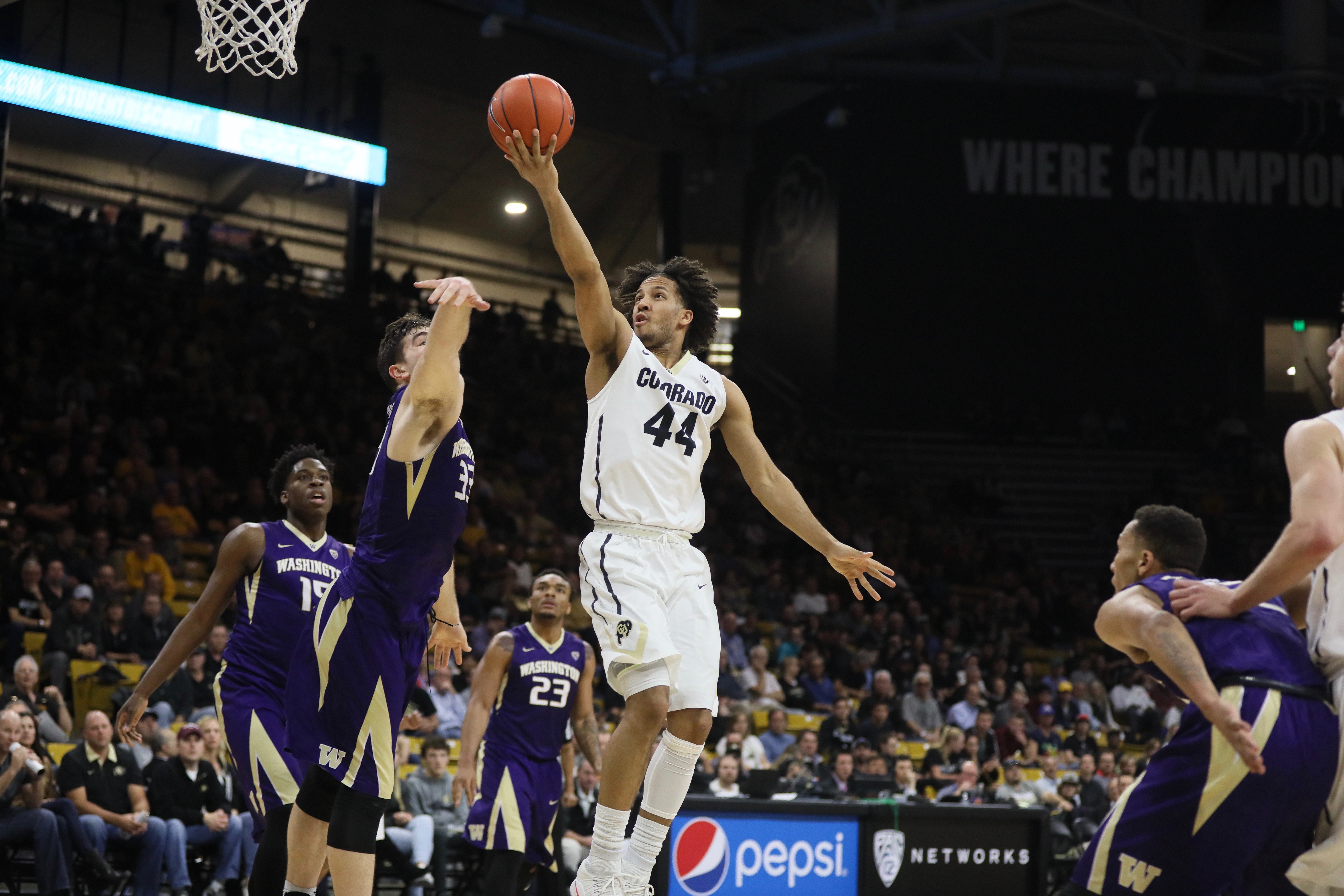 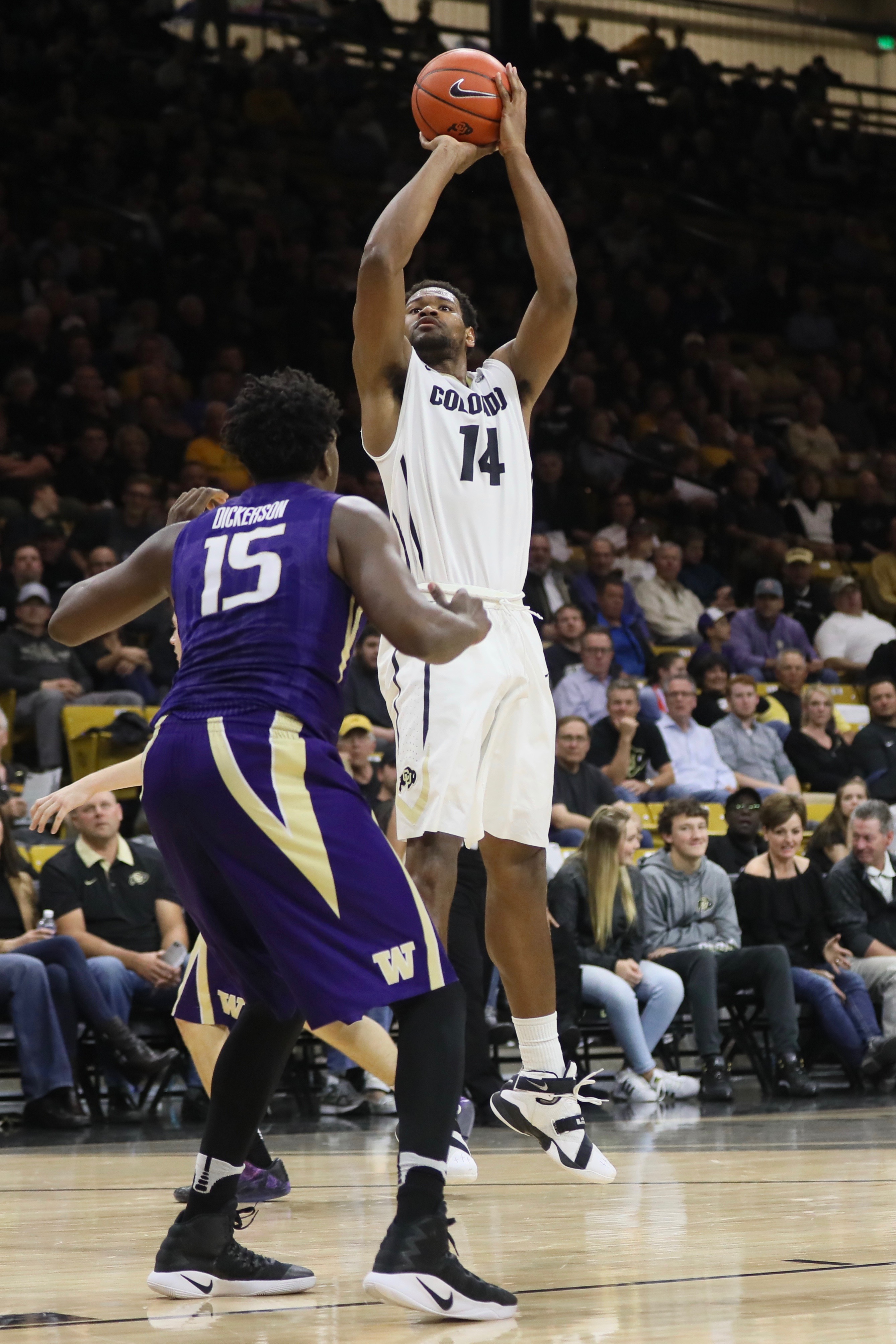 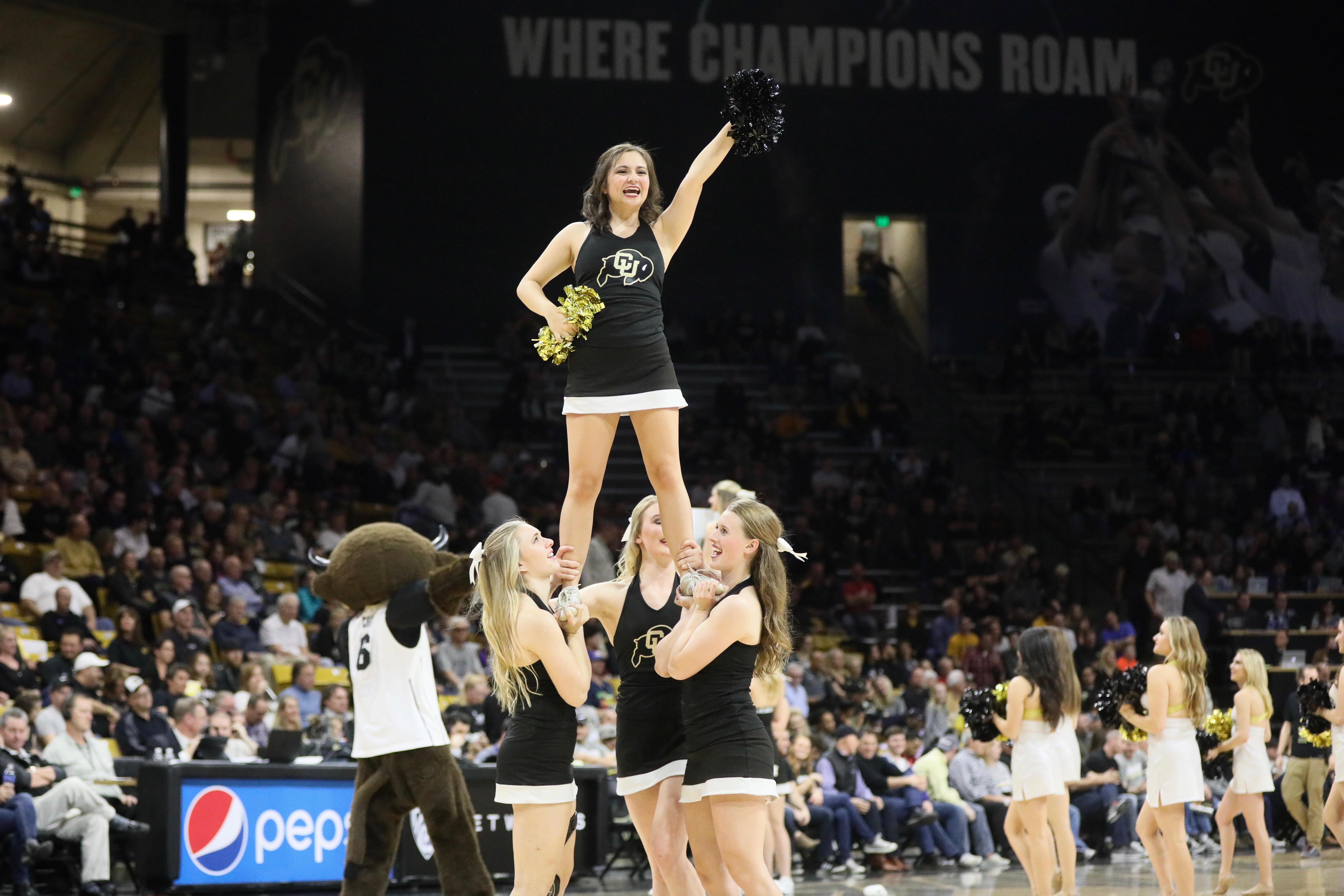 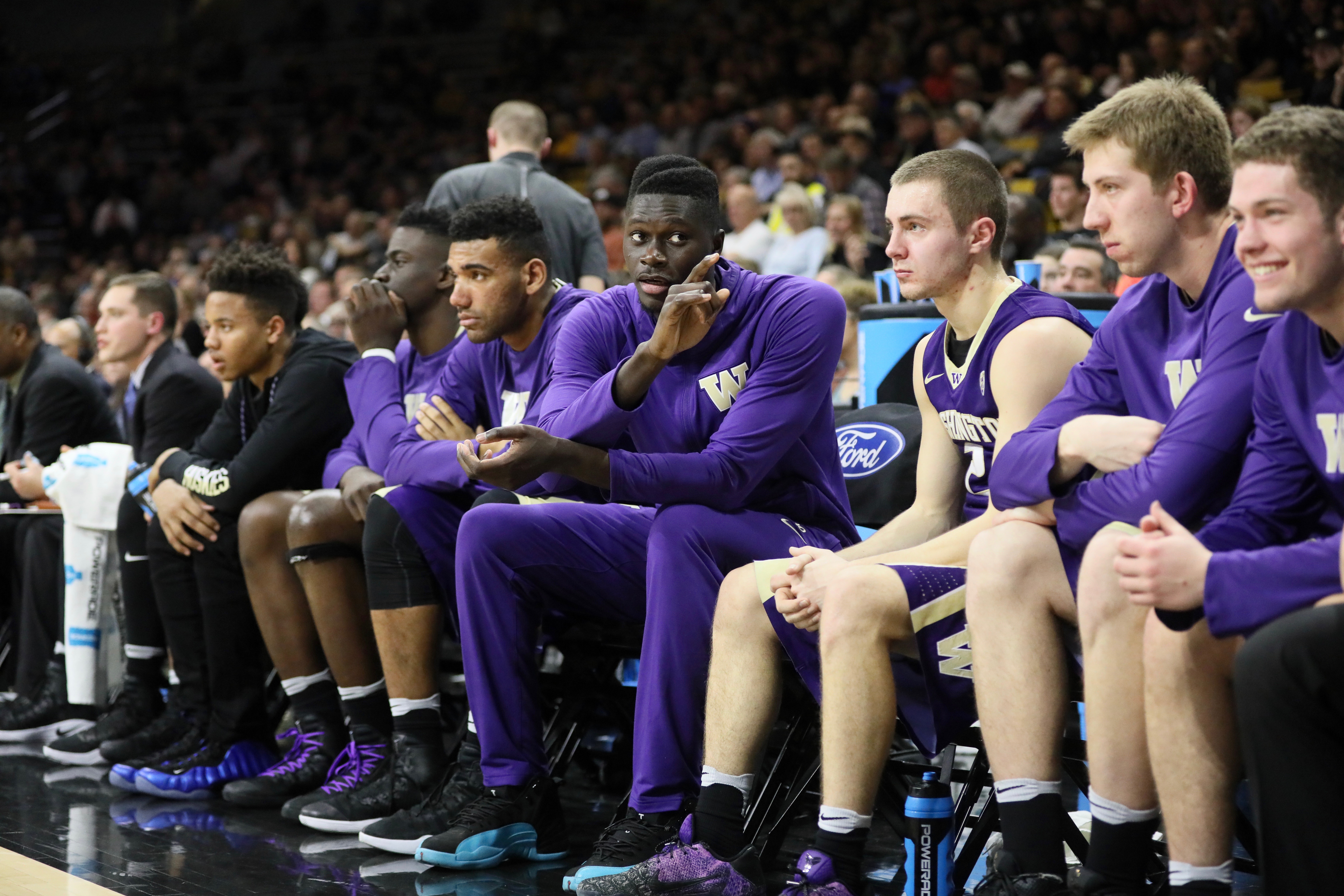 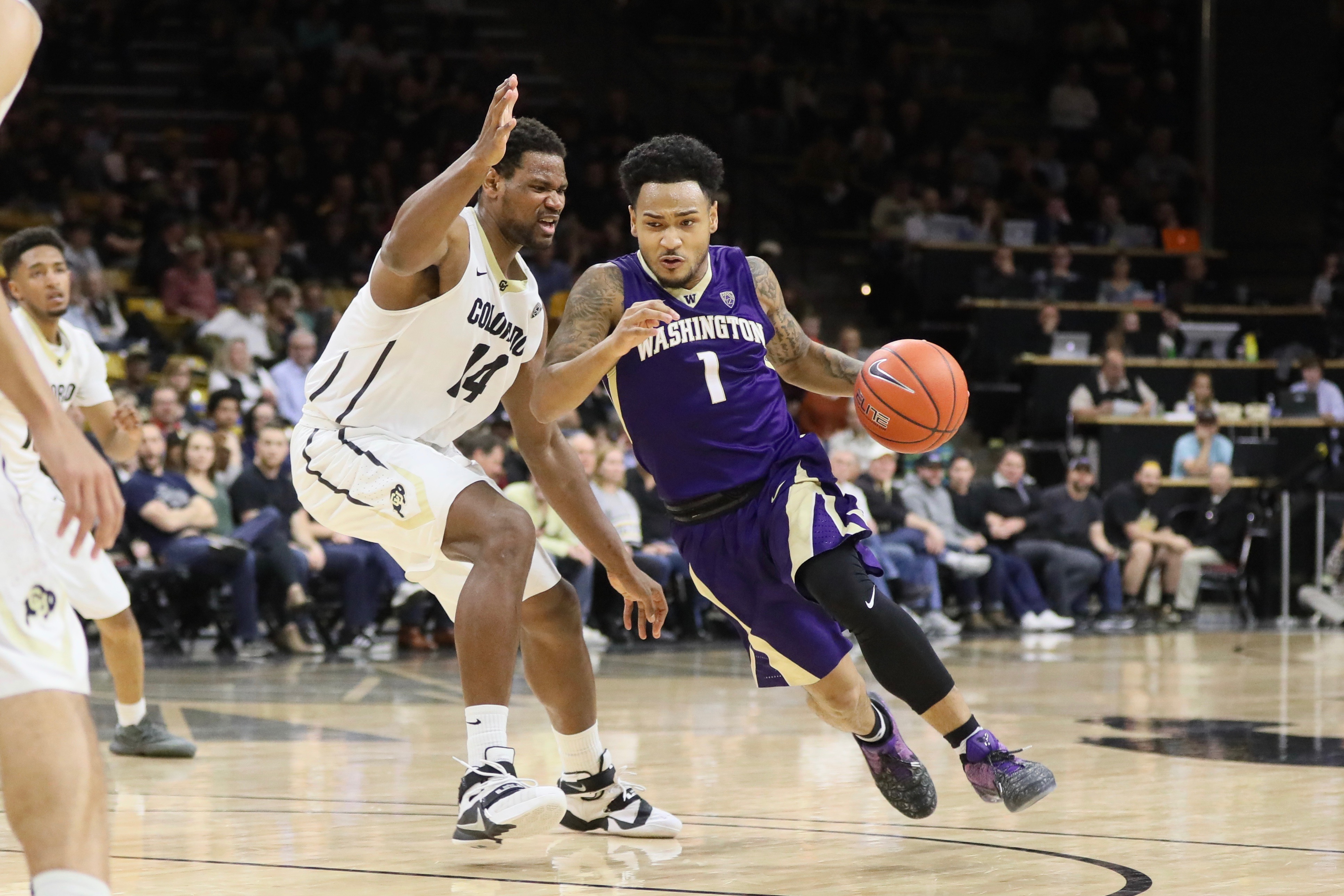 Olivia Butrymovich is the Assistant Sports Editor at the CU Independent. She is a sophomore at CU pursuing degrees in journalism and political science.